From celebrities like Snoop Dog and Seth Rogen (whose personas have become synonymous with weed), to more unexpected partakers like Zayn Malik (of One Direction fame) and Bill Gates, cannabis advocates seem to be popping up everywhere. With 11 U.S. states and Canada having fully legalized recreational use in the last decade, North America is now filled with both experienced and budding cannabis users.

But it wasn’t always that way.

Before legalization, and even before medical cannabis, advocates in the public sphere risked their careers, their reputations, and their freedom in pursuit of decriminalizing this medically significant and creatively productive crop. These pioneers were a vanguard of sorts for cannabis legalization. While there are, of course, too many heroes to mention here, we’ve selected just a few who have served as particular inspiration to our cause.

Many people are unaware that Louis Armstrong, perhaps the most recognizable musician of the Jazz Age, was a cannabis user and a staunch cannabis advocate. That stance got him in trouble when, in 1930, police arrested him outside a Los Angeles jazz club for smoking a joint on the street. Armstrong ultimately spent nine days in L.A. county jail, although his career wasn’t permanently tarnished by the arrest. Nevertheless, the story was left out of Armstrong’s 1954 biography on the advice of his manager, who recognized the threat that the increasing penalties for cannabis use presented. We only got the true story a few months before his passing, when he agreed to a tell-all, sit-down interview with his biographers. He even joked about his weed use with Johnny Cash on national television.

Better remembered by her nickname “Brownie Mary,” Mary Jane Rathburn is a major figure in both the medical cannabis and the gay communities for her work during the darkest years of San Francisco’s AIDS crisis. As SF Weekly recounts, in the late 1970s Rathburn, then an IHOP waitress, developed a “magically delicious” recipe for cannabis-laced brownies, which she initially sold for recreational use. She soon noticed, however, that the brownies seemed to have pain-relieving and anti-nausea properties.

Rathburn’s discovery became hyper-relevant when the AIDS crisis began to devastate her city’s gay community. Knowing that cannabis could help critically ill patients reduce their pain levels and get their appetite back, Rathburn dedicated herself full-time to visiting local AIDS (and cancer) wards, where she would donate her famous brownies. As her work grew in scope, local growers began donating large bags of weed to further her cause. The SFPD caught wind of her project, however, and in 1981 arrested the 57-year-old activist.

Her continued advocacy for medical cannabis eventually caught the attention of medical professionals. She is considered a key player in San Francisco’s 1991 passage of Measure P, which stated that physicians wouldn’t be prosecuted for prescribing medical cannabis. The law ultimately laid the groundwork for California becoming the first U.S. state to legalize cannabis for medical uses in 1995.

Not to be confused with the popular cannabis strain named after him, Jack Herer was a lifelong cannabis advocate whose seminal work on the history and science of pot, “The Emperor Has No Clothes,” has attained iconic status in the cannabis community. As Leafly reports, Herer, after 15 years of in-depth research, was in 1985 forced to self-distribute his text when no reputable publisher would touch the subject. But as word of mouth spread, Herer went back to the presses again and again. “Emperor” is today in its 12th printing, and estimates place the book’s total sales at roughly 700,000.

Herer’s thesis — that the U.S. elite conspired to outlaw a perfectly harmless crop because of greed and corruption — resonated powerfully with the emerging cannabis legalization movement, and “Emperor” became one of the most cited texts among those in favor of decriminalization. It’s probably for that reason that Keith Stroup, founder of the National Organization for the Reform of Marijuana Laws (and a cannabis hero in his own right), once called Herer “the single-most important figure in cannabis legalization.” Though Herer passed away in 2010, his work continues to inspire cannabis advocates around the world to resist draconian anti-cannabis laws.

Here at Shiny Bud, we salute these intrepid cannabis pioneers. Here’s to the heroes of cannabis, who inspire our cause every day. 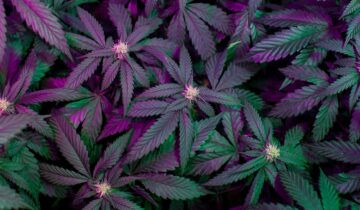 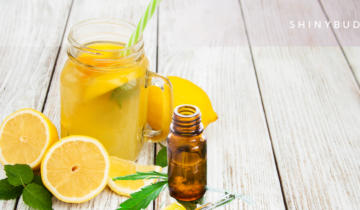